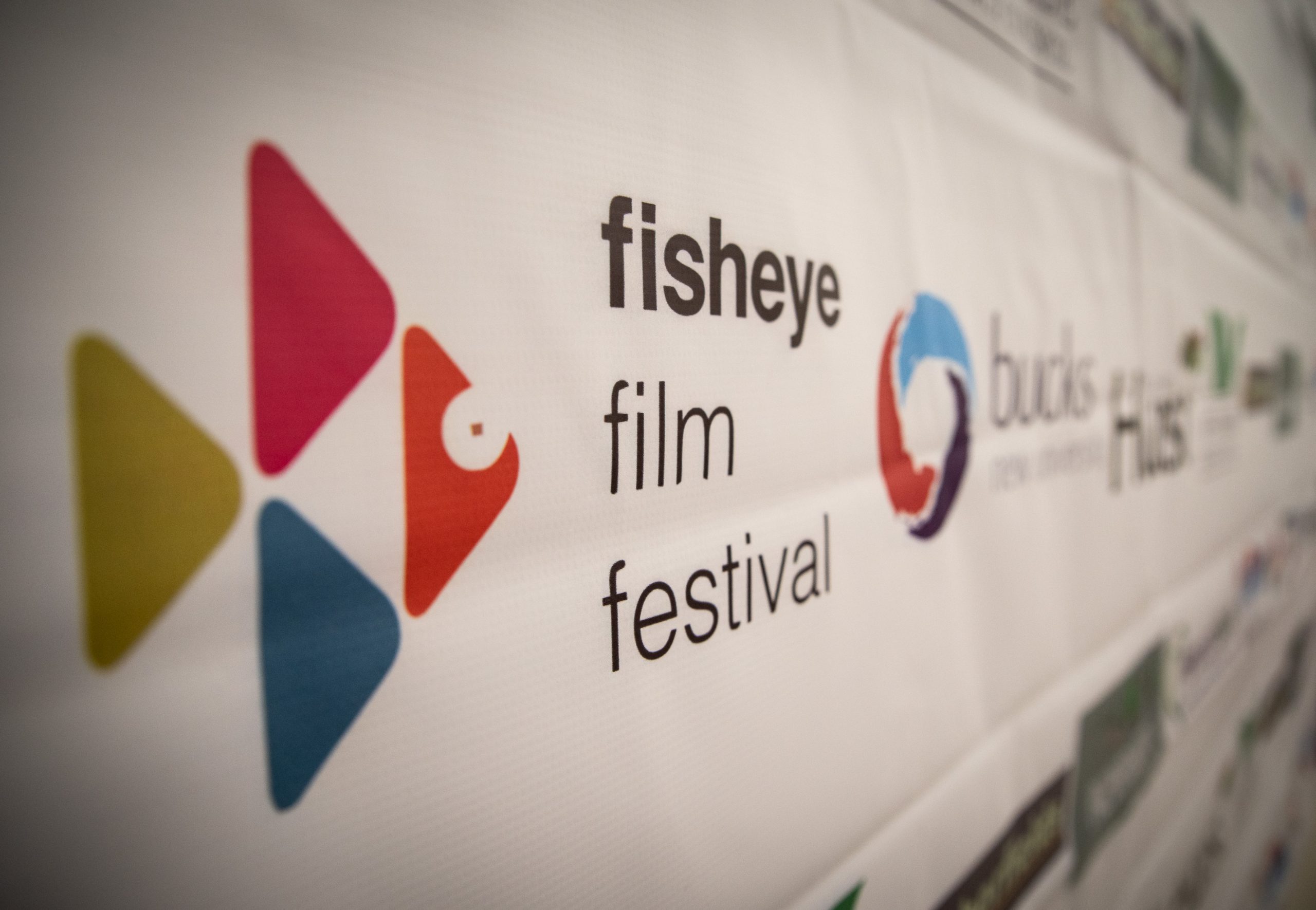 Cinematography. This is one of my favourite words, not so much the actual word itself but as a creative person the imagery and narrative it conjures. Thinking through the list of movies I cite as favourites, one in particular stands proud in my mind and I never tire of watching it. I refer to Sergio Leone’s The Good, the Bad and the Ugly. The combination of the close-cut cropped photography, Ennio Morricone’s dramatic score (including deliberate silent breaks) and storytelling builds tension on top of tension, totally absorbing me. A great example of this can be experienced watching the final gunfight (link below). The first five and a half minutes of the clip easily delivers a short film in its own right – it tells you a lot about each character their relationship and joint purpose through to the climax without a single word of dialogue.

The Good, the Bad and the Ugly final gunfight

This movie and others like it serve as an inspiration for my own photographic style irrespective of the assignment.

Recently I was contacted by Mariko Francombe to join as official photographer for the 2018 Fisheye Film Festival. Mariko had seen many of my images posted on social media and wanted me to employ my style and capture a more unique narrative, atmosphere and creativity of the festival.  An opportunity!

It was a brief too good to pass by. Following a discussion to understand the aspirations and note specific requirements, I was given the “carte blanche” to allow my own creativity to flow. During the fortnight, I was also privileged to meet passionate film makers, watch films they had produced and become involved in deep conversations regarding their own inspirations. I immersed myself into the festival and will admit to feeling a little bereft after the final shoot.

The events were varied, everything from highly interactive showcase presentations to more simple evenings with an audience of people watching niche movies. The latter representing a challenge in two key respects; it was dark (flash not an option) and how do I deliver an interesting shot of an audience watching a screen. 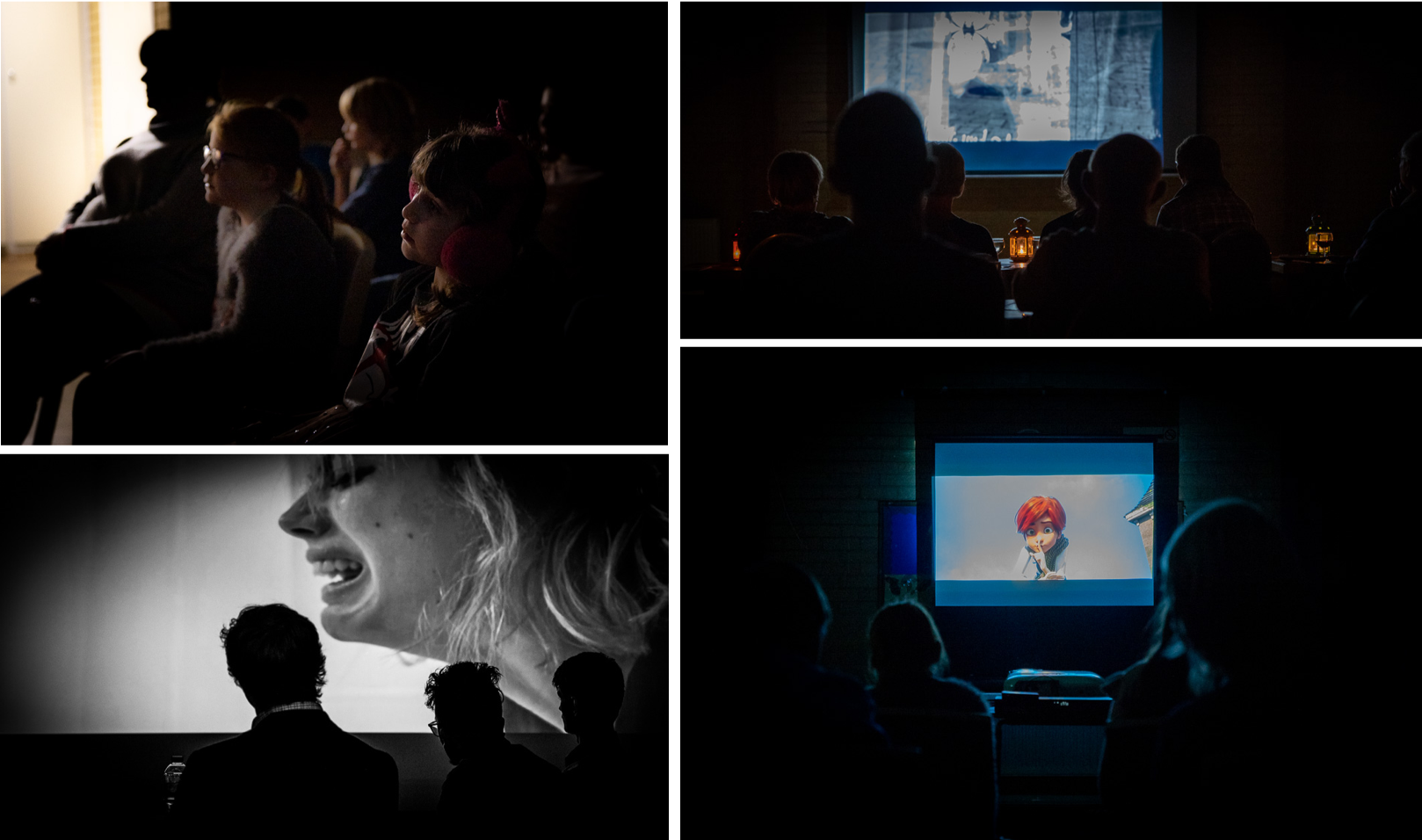 As a boy, the TV channels were much more limited than now but during school holidays one of those channels would often show old Harold Lloyd silent movies along with a backing musical score. The visual comedy would unfold on a backdrop of wonderful 1920’s Art Deco American city architecture, the stunts performed at dizzying heights by Harold himself. These movies have since disappeared into the dusty corner of my memory until brought back to life at the Fisheye Film Fantasia evening, live music provided by pianist John Lenehan. Do I photograph or do I enjoy the experience an trip down memory lane, actual I did both. 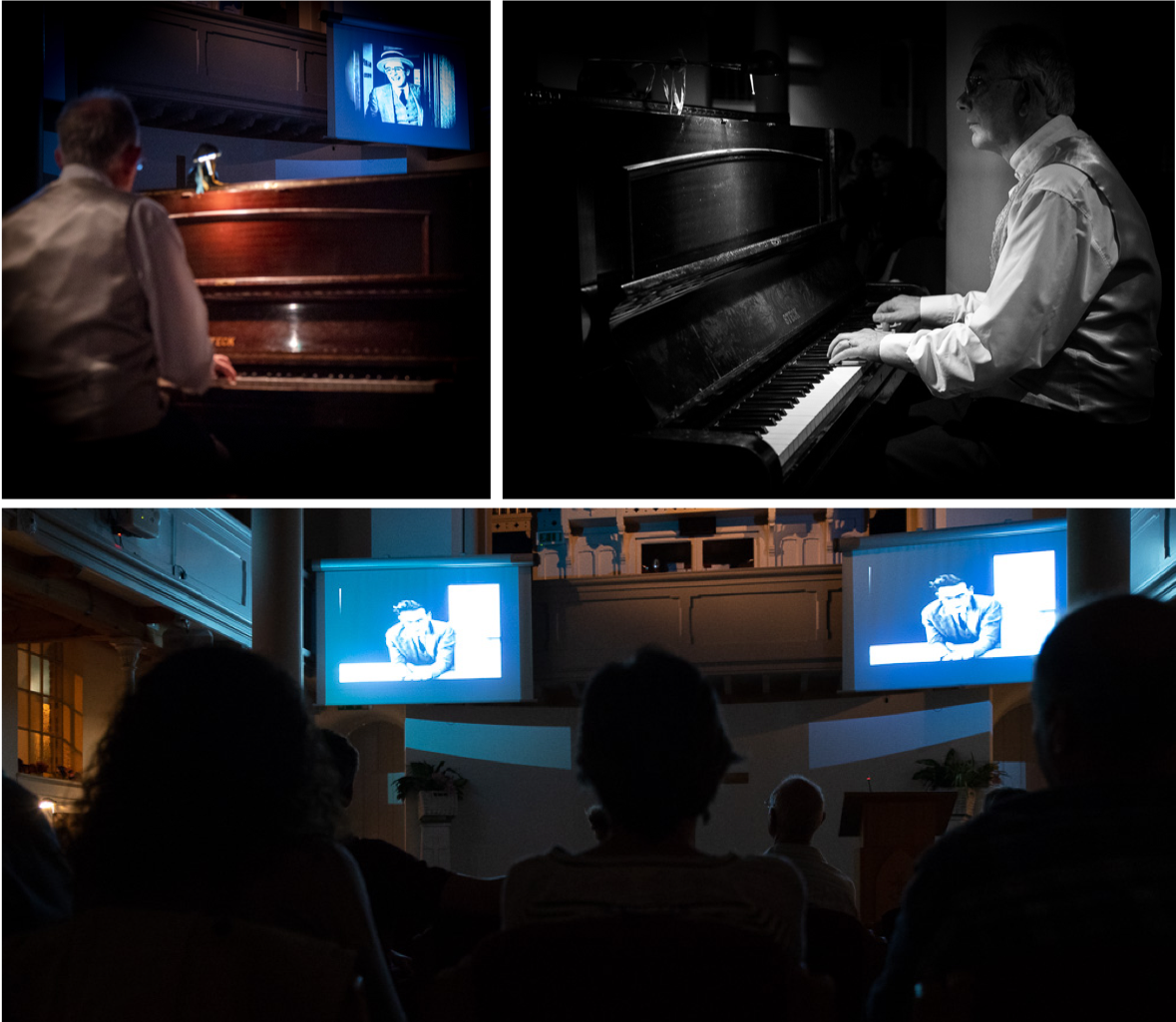 A tour given by Paul Fields (Senior Lecturer) around Bucks New University was next up. The university was used as the location to film episode one of Black Mirror, the group were guided around all of the sites followed with a showing of the episode itself. Having stood in other locations used in films myself, notably Silverton, Australia (location for Mad Max 2) and Charlestown, Cornwall (Poldark) I could the sense that the group’s excitement was palpable.

I enjoyed photographing the interaction of the group with the surroundings, making a connection with the film locations and capturing their excitement and interest. Use of black and white amplified the atmosphere on some of the shots. No pigs were involved in my shoot! 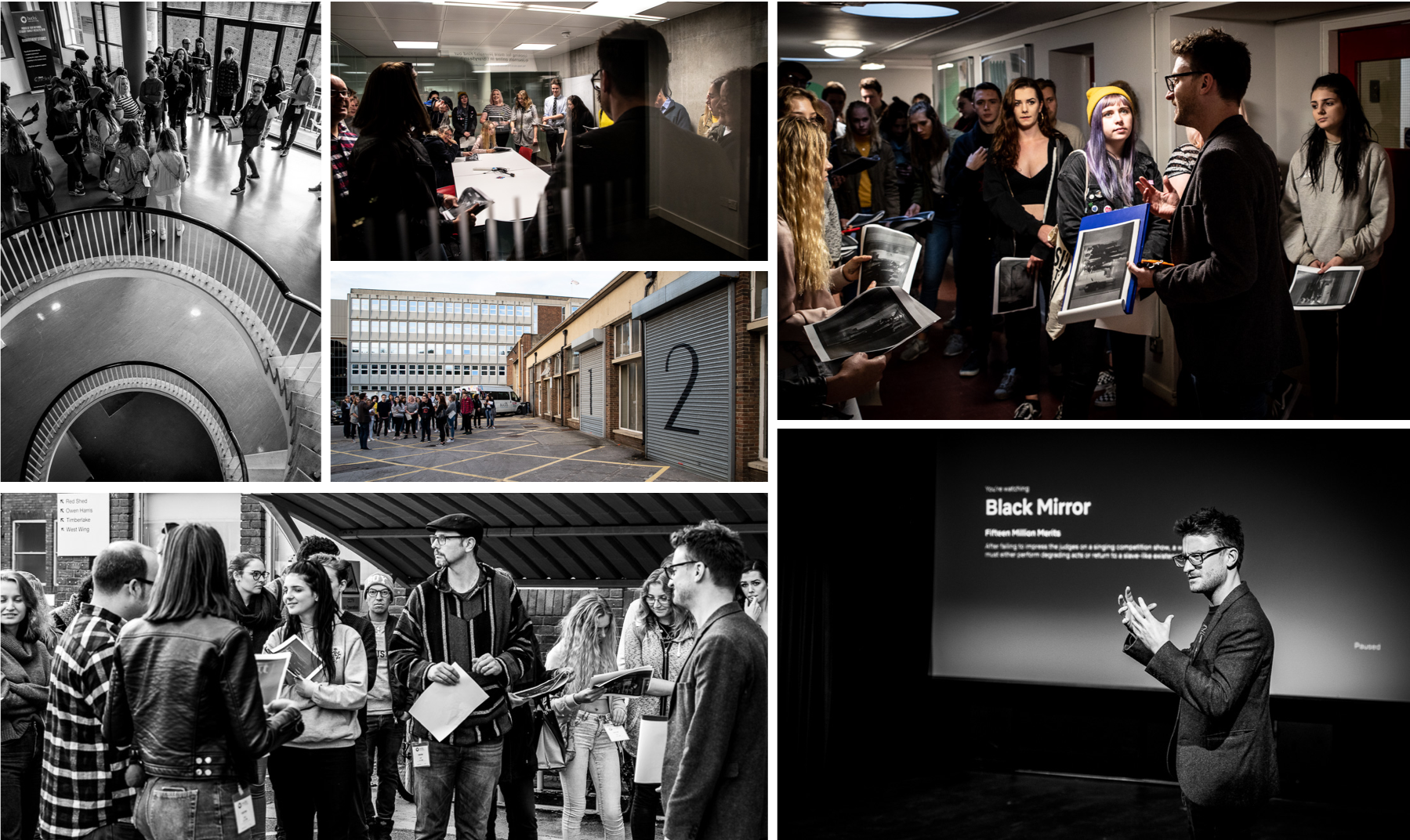 The Competition Showcase brought together creativity and passion in one room. The filmmakers had the opportunity to present their short films for all to watch, appreciate and critique.  After each film, a ‘Graham Norton’ style sofa interview was hosted along with questions fired from the audience. Getting in amongst the filmmakers allowed for some more intimate documentary style photography capturing the energy and engagement within the room. The film craft was stunning, thought provoking stories, drama and humour. 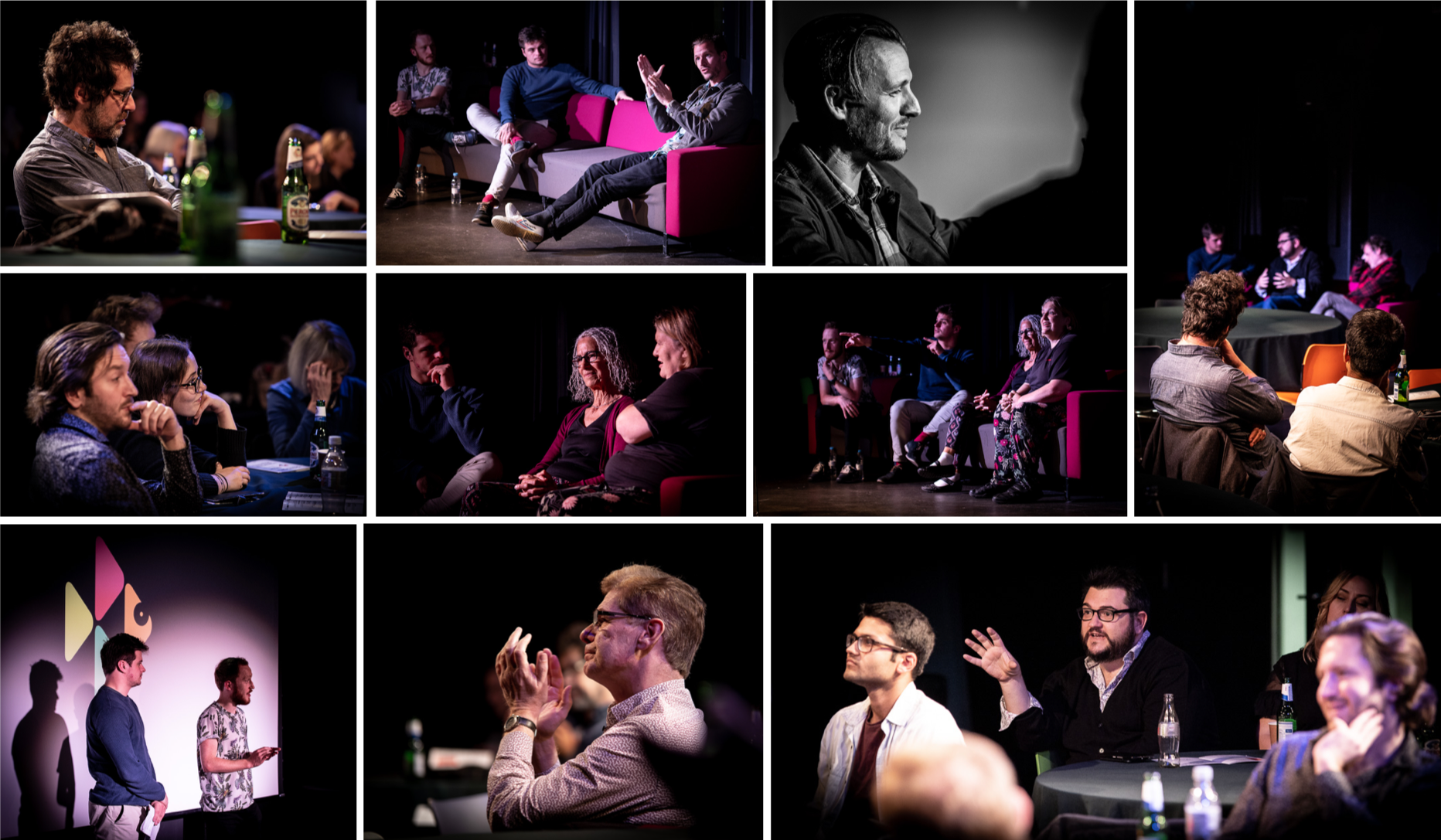 The Fisheye Festival wrapped up with final Competition Showcase hosted by Glen McCoy best known for ‘Eastenders’, ‘Doctor Who’ and ‘Emmerdale’. The venue, screen two at Cineworld High Wycombe with international movies shown to an broad audience. Usually I would go to the cinema to watch the latest main feature but this evening was very different, short films with compelling stories. My favourite of all the films was Chuchotage, a short file centralised around two langauge interpreters during a professional conference in Prague.

The location afforded me with the opportunity to capture a cinemascope crop within the cinema, which I considered a fitting nod to the world of film making and cinematography.  Hopefully a great reflection for the Fisheye Festival as we look forward to the 2019 event. 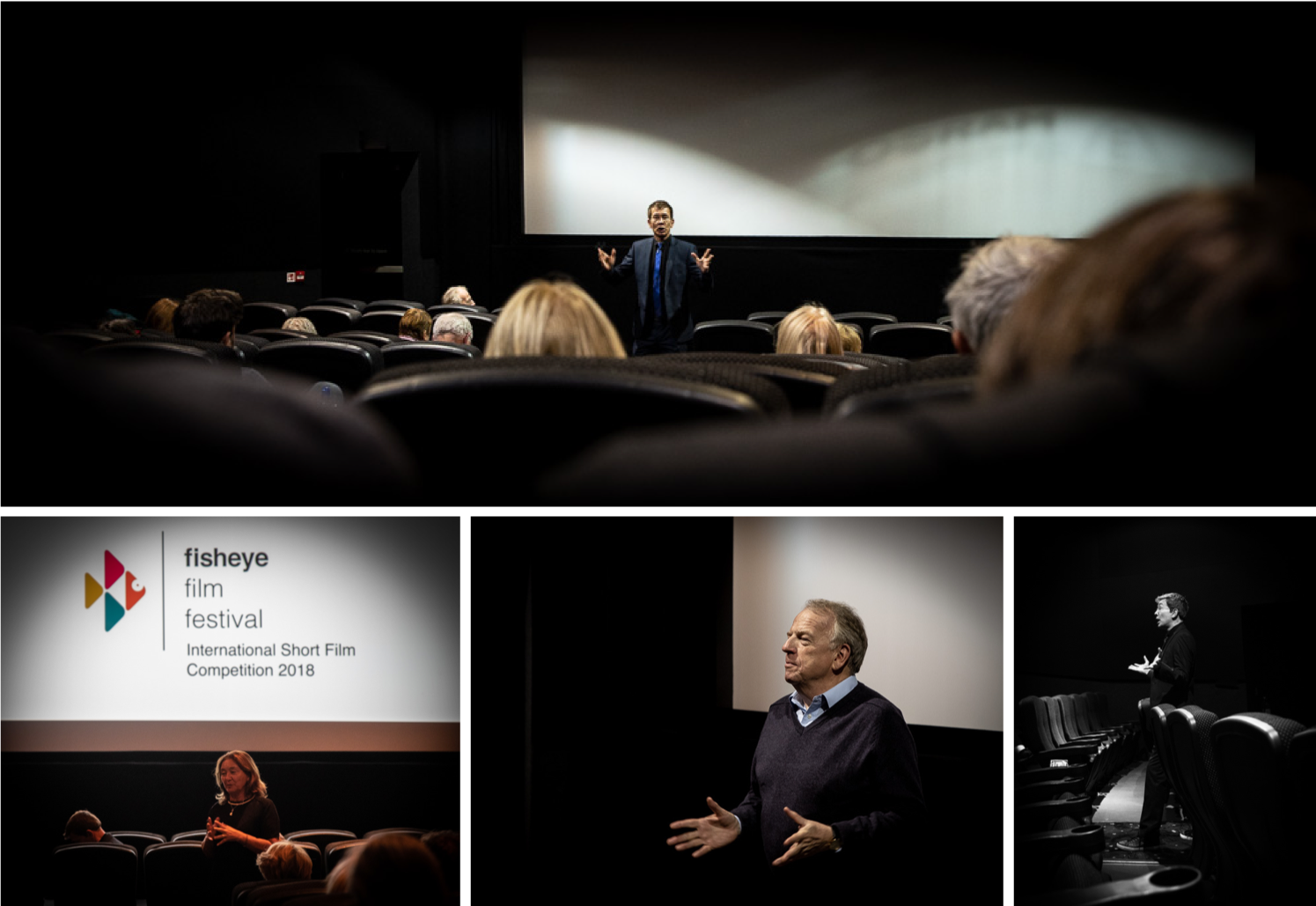 Finally, what does a photographer do during downtime at the back of an audience, whilst relaxing with a glass of wine? 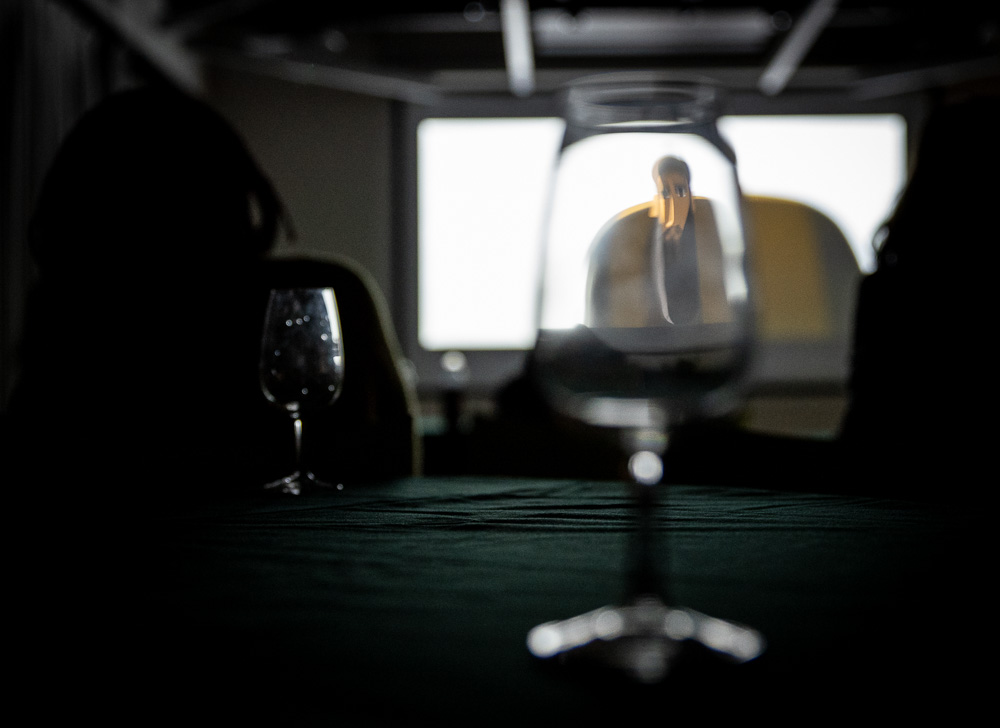 Take a look at the Fisheye Film Festival website, there is a lot of information about the festival plus an overview of the all of this years events fisheyefilmfest.uk.

Video credit: The Good, The Bad and the Ugly, Sergio Leone. 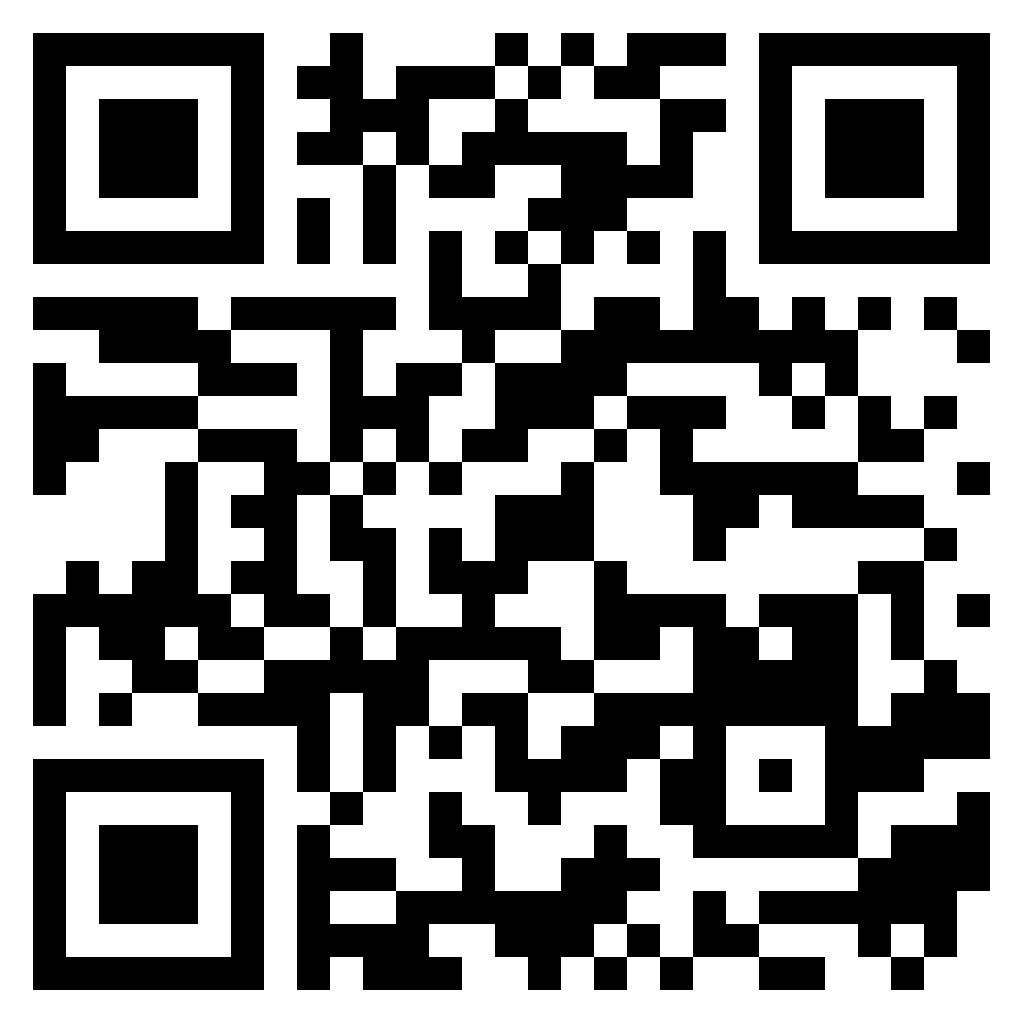